Read remembrances of Richard Kawaiokalani Puninani Kamanu below who last served as an Associate Conference Minister of the Hawai‘i Conference before his death on October 24, 2020.

The following three remembrances are continued from the December 2020 issue of The Friend.

By Isaiah Kaʻauwai Kahu Richard Kamanu was a gentle, jovial, good-humored, cheerful, good-natured man who loved God and served God well. I am blessed to have known him in high school and in his church ministry. Kahu and I lived in Kamehameha dormitory on the Kamehameha Schools – Kapālama campus. He is my brother, Sam’s classmate and one of his best friends, but I would visit and make trouble to him and vice versa in the evenings after study hall. I didn’t list kolohe as one of his traits earlier, but many know that he was, fun-kine kolohe, though. While in high school, he served on the KS’s Deputation Team. In this program, students traveled to our Hawaiian churches who were without a kahu to share the message of Ke Akua. He knew in high school that he wanted to become a Kahu. Fact or Fiction? Did you know that he was song contest leader? Guess which year?

When I moved home to Kauaʻi from the continent, Kahu had already served ten of thirteen years at my home church, Kapaʻa First Hawaiian. He was very gracious in welcoming me home and excited for me to serve in the church. During the next three years, it was a pleasure serving with him.

Ke Akua continued to spread Kahu’s wings blessed him to serve as one of our Associate Conference Ministers. Another fact or fiction…did you know that he was one of a group of people who established the ʻAha Papa Hīmenī?

He pursued his goal/dream, attained it and served well across the paeʻāina! Mahalo ke Akua.

A booming, contagious laughter and kind eyes that smiled with a hint of “kolohe-ness” is my memory of Richard in high school. We were boarders at Kamehameha School Kapalama and proud graduates of the Class of 1975. Richard shared his musical gifts as a member of the Concert Glee Club and song contest leader for our Junior men. Richard’s faithful path toward ministry was already evident as he served on the deputation team under Reverend David Kaupu.

Upon learning of Richard’s passing, classmates (not being named as I did not obtain their permission to use their names) commented and or described him as a “one of our true class leaders”; “He was a true blessing to all of us and made so many contributions to make this world a better place.” Another classmate recalled Richard “giggling with glee” with one of our other classmates during a “get away trip”. Yet another classmate stated, “I know Our Father in Heaven has His arms wide open, welcoming Richard.” I couldn’t agree more! Indeed Ke Akua has welcomed our classmate and friend declaring, Well done, my good and faithful servant! Richard, it is not good-bye, but a hui hou… until we meet again.

One might presume that it was coincidental or providential that circumstances brought Kahu Richard and I into each other's lives. In looking back over the years, I am inclined to say it was providential.

At the encouragement of a colleague while living in Berkeley that it was timeI consider returning home to serve the church here in Hawai'i, I had an opportunity to visit two churches in the summer of 1990 following the 'Aha Pae'aina that was held at Central Union Church. Both churches were in search of a pastor - one was Hau'ula Congregational Church where Richard had served as Kahu before he accepted the call to serve Kapa'a First Hawaiian Church and the other was Kalapana Maunakea on Hawai'i island, Kahu Richard's home church.

Although I eventually accepted the call to serve Keawala'i, Kahu's aloha for both churches were crystal clear. After a year at Keawala'i, I took my first vacation and accepted Richard's invitation to travel to Kaua'i and to spend some time on the island.

He was a gracious host. When Hurricane 'Iniki struck Kaua'i in September 1992, the roof of the Hale Kahu sustained major damage. Having stayed at his home, I could only imagine how difficult that night had been for him and so many on the island.

In the years that followed, Kahu became one of the key founders of the annual 'Aha Papa Himeni or Hawaiian Choir Retreat. Keawala'i choir members began participating and over time Keawala'i was able to host two of the retreats. It was through the retreat that Kahu's love of music and his love of service in the church became more and more apparent.

Kahu became a colleague and a friend and in more ways than one, he had become family. I will miss his joyful presence.

"I first encountered Kahu Richard Kamanu at Kaumakapili UCC. I enjoyed his humor and his relevant sermons. I would drive to town from Kahaluu because I enjoyed his services. While at the Conference he guided and helped me with Kokokahi UCC Tropical Hunger Mission. I brought Bishop Melzar Lumbotog of the UCCP. He welcomed him and explained quite a bit about the UCC in Hawai’i. He gave the gift of Aloha, his time and a variety of Hawaiian treats & coffee. I considered him a friend who I was Blessed to have! Aloha Kahu a hui hou♥️" —Melinda Ahn, Kokokahi UCC

“He had a way of instantly bonding with you; he always made you feel welcome at his table.” —Ken Harding 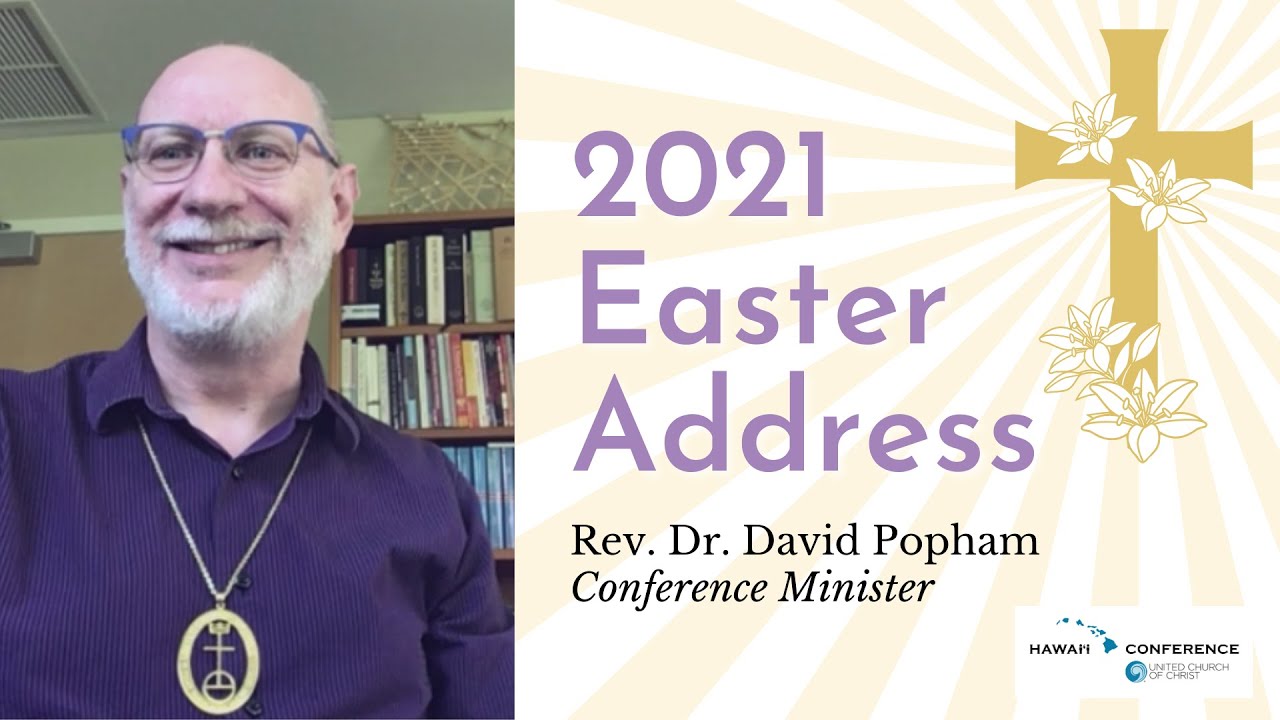