Formation of the Church

In the 1840’s the Waialua Station of the Hawaiian Evangelical Association (known today as the Hawai‘i Conference of the United Church of Christ) sent a missionary couple to begin a church in Hau'ula. By 1845 the original stone church was built and the church was known as Lanakila Protestant Church, the ruins of which exist today at the Hau’ula church property. The roof of the original stone church collapsed long ago, but a wooden chapel was built below it in the 1920s which today survives as the sanctuary building for the church.

By 1916, the church had changed its name to “Hau‘ula-Kahuku Church” because it served both the Hau’ula and Kahuku areas and the church was in that year organized as a Hawai‘i nonprofit corporation. In 1927, the church acquired title to its property from the Territory of Hawai‘i. The land grants are subject to a restrictive covenant that the property must be used for church purposes only.

In 1970 the church changed its name to “Hau‘ula Congregational Church” because by that time it had come to serve predominately the Hau‘ula community. In 1977 the church unknowingly let its corporate registration expire and was administratively dissolved, even though the church as an organized body continued to be very active. It was not until 1997 that the church realized the error, and reincorporated under the name “Hau‘ula Congregational Church, United Church of Christ.” The church continued to be an active part of the Hau’ula community until recently when membership started to dwindle. In 2008, the church decided that in order to best preserve the church in uncertain times, and to ensure that it remained a part of the United Church of Christ (as it had been a member of the United Church of Christ and its antecedent organizations for the past 175 years), it conveyed the property to the Hawai‘i Conference Foundation.

Occupancy of the Church

By 2015 the Hau‘ula Congregational Church (“HCC”) ceased having regular services and by 2018 it was clear that the Foundation had to assist the few remaining members with new leadership and refocus the mission of the church in Hau‘ula. The church was also in much need of repair, and required the installation of a new septic system (the old cesspools having been closed because of EPA regulations). The Foundation, working with the senior remaining church member, Rachel Brickwood, helped identify and recruit new leadership to the church. The new leadership of the church, Kahu Sage Chee, Bessie Kamake‘e‘āina, Jimmy Zane, and the Rev. Josh Hayashi, made a concerted effort to reach out to the community to help fix and revitalize the church and reinvigorate it’s mission.

It was during these efforts that a small group led by Linda “Nina” Kamai-Ka‘aihue originally joined the effort, but later used the opportunity to enter the church property without permission. At first the group would come and go and ignored all requests of the HCC and Foundation leadership to leave the property. These occurrences took place from December 2018 through February 2019. There were allegations that the occupants of the property harassed HCC members and damaged the property, and the police had to be called on several occasions to keep the peace. By March 2019, the group had taken up permanent residence at the church and all efforts to get them to leave and work things out had failed. It became necessary at that point for the Foundation to bring a trespass action to remove Ms. Kamai-Ka‘aihue and her group from the property and to reclaim the property for the original church.

The lawsuit was filed in April of 2019 against Linda Kamai-Ka‘aihue and other occupants to have them declared trespassers and require them to leave the property.

Ms. Kamai-Ka‘aihue claimed a legal right to occupy the church property by virtue of being a descendant of a former member and pastor (Samuel Kahele, d. 1947), which she asserted gave her a property interest of some sort. She also formed a new church corporation in the name “Hau‘ula Kahuku Church,” taking the name previously used by HCC prior to 1976, which allowed her to present a copy of the 1927 deed to the property to suggest that her new corporation was one and the same (though legally there was and is no such relationship).

To muddy the waters further, Ms. Kamai-Ka‘aihue obtained recognition for the church as a member church from the board of the Association of Hawaiian Evangelical Churches (“AHEC”), one of the five associations within the Hawai‘i Conference. The recognition was of uncertain validity since the group did not go through the normal process (following the Manual on Ministry and the He Buke Lawelima under AHEC’s bylaws) to be recognized as a church, and as such Ms. Kamai-Ka‘aihue's church is not presently recognized as being a part of the Hawai‘i Conference or the national United Church of Christ. It is important to note that even if the group had properly obtained recognition in the UCC, this would not give the group the right to use the property without the Foundation’s consent nor to displace HCC from its permitted use of the property, and it certainly does not give Ms. Kamai-Ka‘aihue the right to claim title to the property from the Foundation.

In the course of the lawsuit, it was learned that the property also had a “break” in title due to HCC’s involuntary dissolution in 1977 and subsequent reincorporation under a different name (Hau‘ula Congregational Church, UCC), in 1997. As such, there was a question about the effect of the 2008 deed from HCC to the Foundation. Because of the “break” in title, the suit for possession was much delayed, and our attorneys sought to correct the break in title by having the court appoint Kahu Richard Kamanu (the last full time pastor of Hau‘ula Congregational Church) as receiver to execute a deed to confirm the Foundation’s title and cover the break in title. Kahu Kamanu, who has been a longtime active pastor in the Hawaiian congregational church community, had personal knowledge of the activities of the Hau‘ula Congregational Church and was able to provide testimony on the history of the church. The duly court approved the appointment of Kahu Kamanu and a deed was signed and recorded to cover the gap in title.

During the pendency of the lawsuit, Ms. Kamai-Ka‘aihue increased the occupancy at the property. Individuals are living at the church site in tents, storage sheds, at least four “Pod” type containers, and two full-sized “Matson” type shipping containers. It is notable that the property has no permitted dwellings on it and is without a septic system or City sewer services. It appears water is being taken without charge from a neighboring property and a connection to electricity has been established without the consent of the Foundation. It appears that there are between 20 and 30 people living on site at any given time, including families with children and various pets. Various neighbors have been complaining about the occupancy with concerns about visual blight and health and safety and perceptions of improper activity.

Ms. Kamai-Ka‘aihue says she is conducting church activities at the property and serves as the kahu of the church. She claims her primary mission is to run this property as a homeless shelter, and the property has indeed been developed as a homeless encampment. It is the Foundation’s understanding that the occupants of the property pay rent or are required to work on the site in exchange for their occupancy.

Because the occupancy on the property had increased in intensity, the Foundation obtained a temporary restraining order requiring the occupying group to vacate the property pending final disposition of the case and the receivership process. The Foundation set up relocation services with the Institute for Human Services for any individuals living onsite who were homeless and needed counseling and placement, and outreach teams from IHS & Ko‘olau Health have visited the property. The TRO was served twice, and on both occasions the group ignored the court order and refused to leave. Residents of the property have also refused relocation services from social workers who have been visiting the property periodically. At that time, the Foundation did not press for arrests or forcible removal at that time because it wanted to complete the merits of the case before taking such a serious action.

More recently, AHEC has sought to intervene in the case in an effort to vacate the appointment of Kahu Kamanu as receiver for the property and to establish itself as a party in interest in the case adverse to the Foundation. AHEC also helped Ms. Kamai-Ka‘aihue and her church find and engage legal counsel and used the same attorney to represent its own interest. AHEC’s intervention and engagement of counsel protracted the dispute and caused the case to bog down in discovery and additional court motions to be litigated, at great and wasteful expense.

HCC’s leadership and the Foundation have been willing to permit Ms. Kamai-Ka‘aihue’s group to share the use of the sanctuary building pursuant to a use agreement or lease, but because Ms. Kamai-Ka‘aihue was not willing to give up exclusive control of the property that was not accepted.

This offer was again rejected, we believe because Ms. Kamai-Ka‘aihue wanted to continue living on the property and to permit others to do so as well. A further attempt to settle was made through the direct intervention of the First Circuit Court’s settlement judge on July 28th in a conference call with legal counsel and principals, but no settlement was reached.

Signs of protest on the church lawn. Photo by Bessie Kamake‘e‘āina, August 2020.

In response to learning of the Court’s order, Ms. Kamai-Ka‘aihue and her group have actually increased the occupancy at the property and have gone on the offensive against the Foundation by making false claims about the Foundation’s intentions for the property. There have been posts on social media, posts claiming that the occupants are being evicted by a “greedy corporation” that will, among other claims, knock down the church and redevelop the property for an AirBNB, and other provocative and untrue statements of that nature. Roadside signs saying “save our church” and accusing the Foundation of lying, committing fraud, steeple jacking, and being not of Christ have been placed on the street frontage of the property. Roadside rallies with these signs have been held along Kamehameha Highway in Hau‘ula. Similar signs have been used to picket the Hawai‘i Conference’s office building on Nu‘uanu Avenue on several occasions. The group’s pitch to the public is along the lines of “rich corporation is evicting Native Hawaiian people from their church and land.” Though wrong, misleading, and unfair, the optics are troubling, especially given the commitment of the Conference and the Foundation to—and heightened public interest in—social justice and Hawaiian activism.

Before the Foundation proceeds with the removal of the group unlawfully occupying the property in Hau‘ula, the Foundation will finalize paperwork with the court and coordinate with the police, sheriffs, towing companies, container owners, locksmiths, security guard services, etc. More importantly, the Foundation will work to set up social services and placement opportunities for the homeless who are living there. It is likely that there are folks who do not understand the facts of this situation and believe that it was okay for them to be on the property, so the Foundation has given and will continue to give some time to provide support for their relocation. Unfortunately, however, decisive action will need to be taken at some point if the group continues in its refusal to vacate the property. This is a situation that should have been wholly avoidable, and we deeply regret it has come to this.

Reflection on Living in Tense Times

Reflections on the Washington D.C. Insurrection 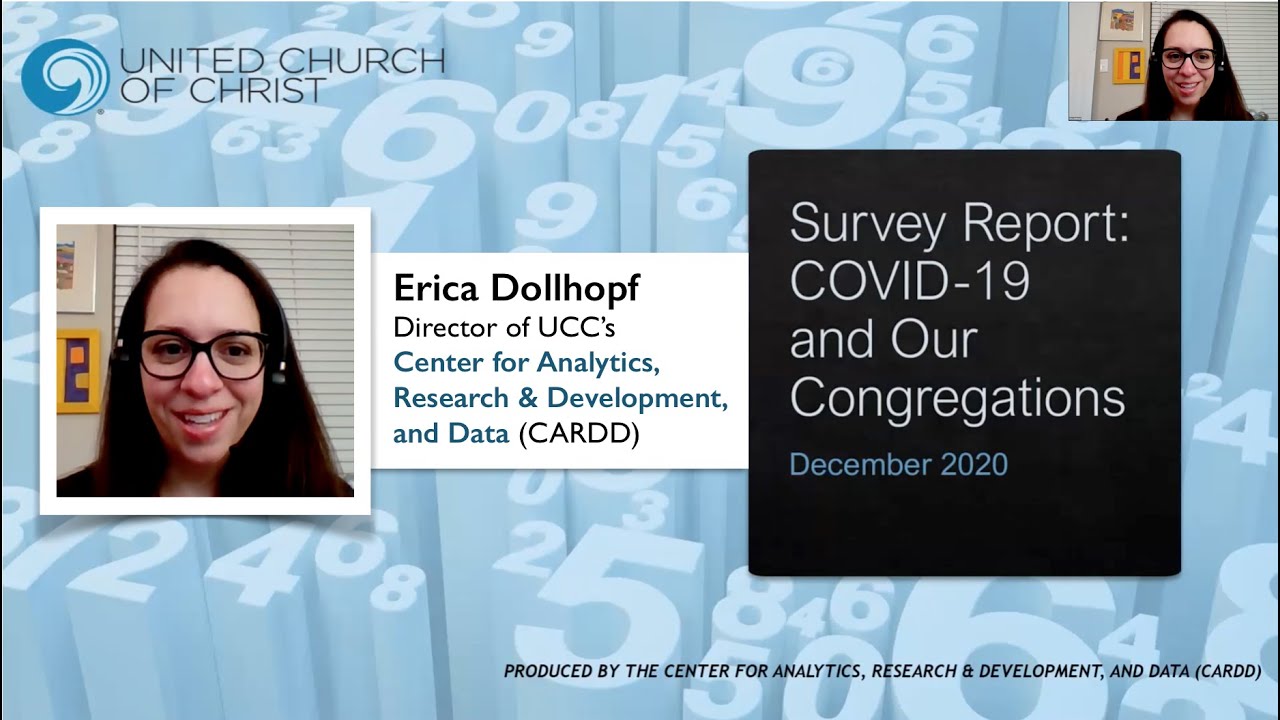 Be Aware of COVID Scammers

"Blessing for a Face Mask"